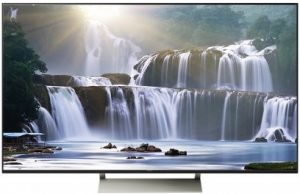 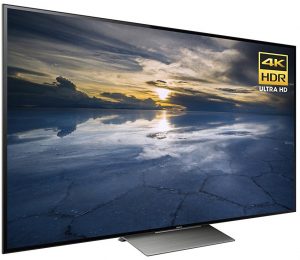 Now We can compare Sony XBR75X940E and XBR75X940D as We have read the specs of those two TVs. Let’s compare them by their aspects.

Sony XBR75X940E and XBR75X940D come with mostly similar picture technology. They come with 4K UHD picture resolution with 4K X-Reality Pro picture engine. 4K X-Reality Pro is able to deliver brilliant picture quality in 4K UHD screen from both original 4K content sources or HD sources that upsaled with its upscaling engine. They both also come with Triluminos display that can bring richer and more vivid color details in the TV screen. X-Tended Dynamic Range Pro is also installed on both of those 4K TV that combined with 4K HDR. 4K HDR can deliver exceptional details and contrast from HDR content sources, while X-Tended Dynamic Range can bring up to three times brightness range than conventional LED-Backlit screen.

The speaker system of Sony XBR75X940E and XBR75X940D are quite similar. They come with 2.2Ch 30W speaker system. It’s quite basic for 75-Inch screen. Although It can deliver good sound quality, but for a number of customers It’s not enough and They need to attach additional soundbar or other external speaker system to bring more immersive sound quality.

As the new model, you can find that Sony XBR75X940E is offered at the higher price than the older Sony XBR75X940D. The retailers usually offer the older model at the lower price and sometime offer additional discount as well. For actual price difference of those two TVs, you should check their latest price as TV prices are changing over time.

What’s Improved in the New Model?

From our discussion about comparison between Sony XBR75X940E and XBR75X940D, We can find that there’re few improvements from the older XBR75X940D to the new XBR75X940E. The main improvements come from the X1 Extreme Processor and Slim Backlight Drive+. With those improvements, you can get better picture quality in 4K UHD resolution screen. Additionally the Sony Android TV is also improved with the newer version. If you don’t mind to spend a little more budget for improved processor and Slim Backlight Drive+, as well as the newer version of Sony Android TV, then you should go ahead with Sony XBR75X940E. Where should You Order Sony XBR75X940E? You should Check Today’s Offer of Sony XBR75X940E on Ebay here…

In the other side, You can find Sony XBR75X940D as a good alternative choice if your budget is more limited. As the older model, Sony XBR75X940D is offered at the lower price than the new model. Although It comes with the lower X1 processor and Slim Backlight Drive, but It still can deliver good picture quality as what the customers said about their Sony XBR75X940D. Where’s recommended place to order one? You should Check Today’s Offer of Sony XBR75X940D on Ebay here…